Objective: The study aimed at modification of the saccharification and fermentation strategies by including a prehydrolysis step prior to the SSF and compared the ethanol yields with co-culture fermentation using hexose-fermenting Saccharomyces cerevisiae and pentose-fermenting Scheffersomyces stipitis.

Results: There was a progressive build-up of ethanol during F-HSSF up to 72h and further production up to 120h was negligible, with no difference among pretreatments. Despite very high ethanol production in the initial 24h of fermentation by S.cerevisiae under F-SHCF, the further increase was negligible. A rapid hike in ethanol production was observed when S. stipitis was also supplemented because of xylose conversion to ethanol. 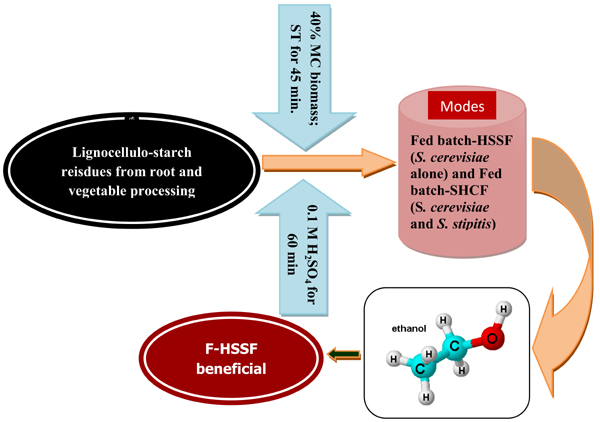